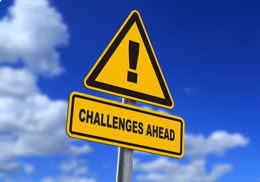 “Do you ever explain to them what our point of view is?” the manager asked.
And as Jeff and I thought about it, the answer was “yes!” Yes, we do regularly explain to MGOs the manager’s point of view – what they think are their major challenges in managing MGOs and major gifts.
But we don’t regularly write about it, which is what I am going to do in this two-part series. I will cover what we are hearing from managers of MGOs and major gift programs, not only in the United States but also abroad. This will be an inside view of what they think and how they feel.
MGOs like you will be able to better understand and empathize with your manager, and you will be able to shape and modify your behavior and performance because you have this information.
It always helps to know what the boss is thinking! To be clear, some of the thinking isn’t always fair – but it is real. And it should help you have an attitude of compassion and care for your manager.
But before I get started on the first four areas where managers find challenges when they are managing MGOs and a major gift program, I want to remind you that while you and your manager may have different points of view on some things, most of the time you are trying to get the same thing done – you’re both trying to do some good on the planet.
And as Jeff and I have written before, the manager is tasked with securing net revenue to fund the organization and its programs. The MGO is tasked with fulfilling the interests and passions of donors who are aligned to the mission of the organization. It is very much two sides of the same coin. Keep this in mind as we look at these first four “challenges” for managers:

1. A MGO who is territorial and non-collaborative

Major gifts is a team effort. It involves program, finance, administration, leadership – everyone. It also involves planned giving and direct marketing and marketing communications – all those good people that are tasked with raising awareness.
You will not have a good donor offer if you don’t know how to involve finance and program. You will not have a successful relationship with an older donor who wants to “do more” with their assets if you do not have a good relationship with planned giving. You will run into problems with marketing communications and public relations if they don’t understand how their messaging affects your caseload donors. Your CEO or President will not support your ask with a very high net worth individual if they don’t understand how their involvement benefits the organization. And fighting for territory and donors with your MGO colleagues will cause harm and isolation to you – no one else.
Last year we had several situations where we had to split the “territory” of one MGO into two to take advantage of the increase of donors in that territory and the need to have more than one MGO. One situation went flawlessly, with the seated MGO graciously turning over all his donors to the manager in order for the manager to determine the “greater good” for the organization. It was amazing.
Conversely, in the other situation, the MGO tightly clutched all of his donors, agreed to give up some, argued with the new MGO, feigned cooperation but really undermined the process, etc. It was one of the most distasteful things I have witnessed in my career. The clutching, grabbing and power-plays were obnoxious and destructive. It was so sad. That MGO is no longer employed by the organization. Why? Because he held too tightly to what was really not his. Managers want collaboration. And you can do that.

2. A MGO who does not set aggressive goals.

For many MGOs, annual goal-setting for each donor on the caseload is a fearful experience. We don’t blame them for feeling that way. When a manager, without a mutual conversation, just arbitrarily says “you will have 25% growth next year,” not only is the statement excessive; it is also ignorant. What is the basis for such a statement? There usually isn’t any. (As far as you know.)
But hold it. Look at this from the manager’s point of view. She has invested a great deal of organizational funds for your position to exist. The promise of this investment was that major gifts would develop better net revenue and ROI than direct marketing. But the manager has not seen that net revenue and is getting frustrated. Remember what I said at the top of this blog… the manager is responsible for securing net revenue to run the place. It is a big responsibility.
So on the manager’s side of things, there is pressure for more money. And on the MGO’s side of things, there are one-time gifts in last year’s numbers that will not repeat this year; there are single-event gifts that will not repeat; there are donors who have gone away, etc. etc. On the manager’s side, in addition to the pressure to secure more funds is the pressure from the CEO or President and the Board for better ratios and better fundraising performance. And the MGO is one of the huge hopes the manager has for addressing those issues. So you can see that there are two sides to this story.
That is why we encourage MGOs to talk honestly to their managers about goal-setting, and also to be risk-takers and set aggressive goals. And then we encourage managers to protect the good MGOs who set those aggressive goals, in case they fail to reach them.
Setting low goals is caused by fear in the workplace. Only a manager can deal with that fear. Jeff and I encourage you to have vulnerable and clear communication on this point with your manager so you both can work collaboratively at setting aggressive goals each year. And if you are a manager reading this blog, sit with your MGO and understand their fear, then set up a culture and way of doing things that casts out fear.

3. A MGO who does not plan properly.

Planning is fundamental to success in major gifts. But there is often resistance to good donor planning. Part of it might be caused by managers insisting that those MGOs just “need to get out there and get the money,” so there is no time for planning. Or it may be difficult for the MGO to sit down and spend the time setting goals and making a plan for each donor to reach those goals. After all, “I need to get out there and make something happen!”
We have found that this is often harder with “experienced” MGOs than new ones, because some of the experienced ones “know what they are doing” and are not open to spending time creating a plan. When they finally do it, they are always more successful.
Another dynamic is the culture. The MGO’s day-to-day work is often very reactionary, focused on meeting a leadership revenue demand. It is not oriented to proactively working with a donor to make an investment. Good managers value planning and give the MGO space and time to do it right. And they get frustrated with MGOs that do not plan.
Regardless of what kind of manager you have, you do need to have a plan for each donor on your caseload. And it needs to be a dynamic plan that changes as circumstances present themselves.

4. A MGO who is not memorializing interactions with donors.

You’ve heard the story. The MGO has been working with the organization for 6 years and then leaves. Management looks in the database and discovers that the MGO has not kept one note or record of all of his interactions with donors over the last 6 years!
The manager knew this was happening but did nothing to correct it. This was a very bad situation for the organization. This is one of the most critical back-office activities a MGO needs to pay attention to. And a manager needs to check regularly that it is being done properly.
There you have it – four challenges major gift managers have with MGOs. I will have another four in our next blog that is coming in a couple of days.
In the meantime, how do you measure up in each of these four areas? How can you improve? You might even have a conversation with your manager to get his or her point of view on this. It will only make things better for you, your manager, the organization, the donor and the great cause you are involved in.
Richard
PS — For more reading on this subject, download our free White Paper, “Six Ways to Do What’s Expected in Major Gifts.”
Click here for part two: four more challenges!