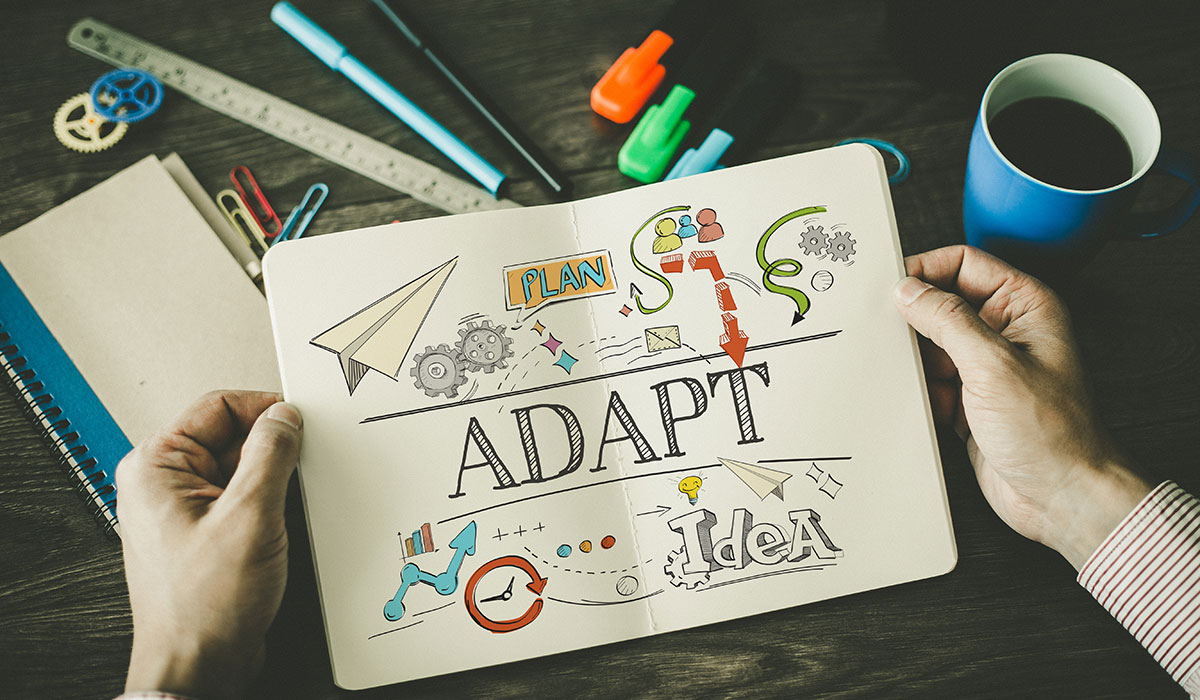 Your Linear Donor Plan Should Be Dynamic

Stop and take a look at the plan you’ve made for one of your active caseload donors. Note how you’ve organized it – for most people, it’s linear. In other words, it goes from today through a bunch of future actions and, somewhere in there, there’s an ask.
This is logical. Any plan starts with point A and runs through point Z, the destination.
But here’s the problem. Relationships and circumstances aren’t linear. They’re dynamic. Hold on! It’s true that the collective actions of a relationship either lead to growth, bonding and commitment or eventual separation. So in that sense, they are linear. But here’s the problem. If you think linearly with your caseload donor and the plan you have for her, you’ll miss a lot of opportunity for engagement. (Tweet it!)
Let me illustrate. The graph below has a donor profile, then two scenarios. The first scenario is the plan the MGO created for this donor. (I’ve kept it very simple to communicate the concept.) Notice that the plan leads up to an Ask in month 4. The second scenario is dynamic. It has the MGO following the plan in scenario #1 but letting the donor interaction drive the rest of the plan. Study this a bit and I’ll go into more detail below. 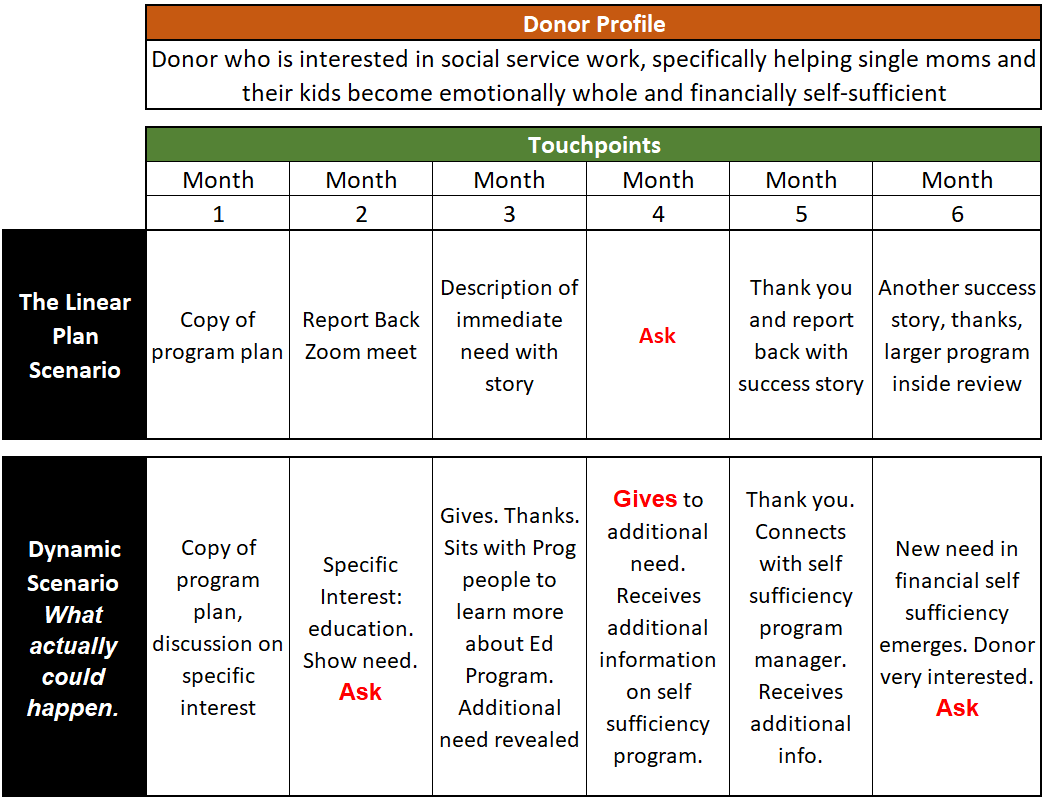 In the dynamic scenario, the MGO (just like the plan calls for) shares the program plan by email but, because the donor wants to discuss it, the MGO organizes a meeting to discuss it and get into substantially more detail on the donor’s specific interests. This all happens in month 1 which then, naturally, leads to more information shared in month 2 and an unplanned ask.
The donor is very involved now and gives again in month 3. The MGO, realizing the level of excitement and desire for involvement on the part of the donor, organizes a meeting with the program people involved in education. In that meeting, the staff share progress and success stories of single moms receiving educational inputs. During that meeting additional need is revealed, which results in the donor giving again in month 4.
Now, the donor is very involved and has asked for information on the self-sufficiency program. That leads to the MGO connecting the donor to the program manager, who manages the self-sufficiency program where the donor receives even more information.
In month 6, the donor expresses a great deal of interest in the self-sufficiency program. New financial needs in that program are shared, and near the end of month 6 another ask is made of the donor.
Here’s what I want you to know:

Jeff and I see far too many situations where the MGO is blindly following the plan he’s written, so he’s not paying attention to the donor signals and reactions and isn’t modifying the plan as he goes along. The result is missed connections with the donor, and a donor who is giving all they can give to other organizations. Don’t let this happen. Follow the interactions and signals, and change your plan as you go along.
Richard