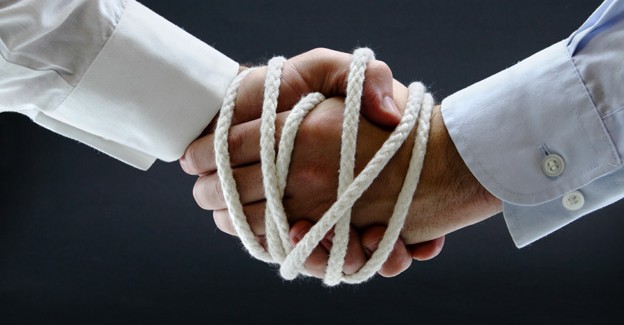 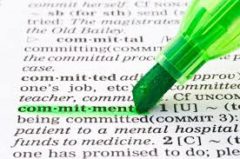 You know what a wonderful experience it is to be with someone who consistently keeps commitments. You also know how frustrating it is when someone says they will do something, and then you never hear a peep out of them. This area of commitment and consistency is a key principle of influence and persuasion in major gift fundraising. (I discussed a total of six in a series a couple of years ago, and the first ones are reciprocation and liking. You may want to read them first – links to the rest are at the end of this post.)
My thoughts on this are affirmed by the writings of Dr. Robert Cialdini, who has written extensively about the ethical use of influence. Dr. Cialdini says that we have a deep desire to be consistent. For this reason, once we’ve committed to something, we’re then more inclined to follow through with it. For instance, he says, you’d probably be more likely to support a colleague’s project proposal if you had shown interest when he first talked to you about his ideas.
Dr. Cialdini goes on to say that people do not like to back out of deals. We’re more likely to do something after we’ve agreed to it verbally or in writing, he says. People strive for consistency in their commitments. They also prefer to follow pre-existing attitudes, values and actions.
He then talks about an experiment in this area. In 1987, social scientist Anthony Greenwald approached potential voters on the eve of Election Day to ask whether they would vote, asking them to provide reasons why or why not. 100% said they would vote. On Election Day, 86.7% of those asked went to the polls, compared to 61.5% of those who were not asked. Those who publicly committed to voting on the previous day proved more likely to actually vote.
My colleague Brady Josephson frames this principle as follows: “If people take a small action or pledge, they are more likely to take another action and follow through.”
Here are some key points to apply in your work with the donors you’re working with:

There is something very powerful about gaining any form of a commitment from your donor. I suggest you do three things with every donor on your caseload:

The core concepts for this series come from the writings of Dr. Robert Cialdini, who has written extensively about the ethical use of influence, and from my colleague Brady Josephson, who has taken Dr. Cialdini’s work to a new level when he took his six principles of influence and reframed them for fundraising. I encourage you to follow their work.