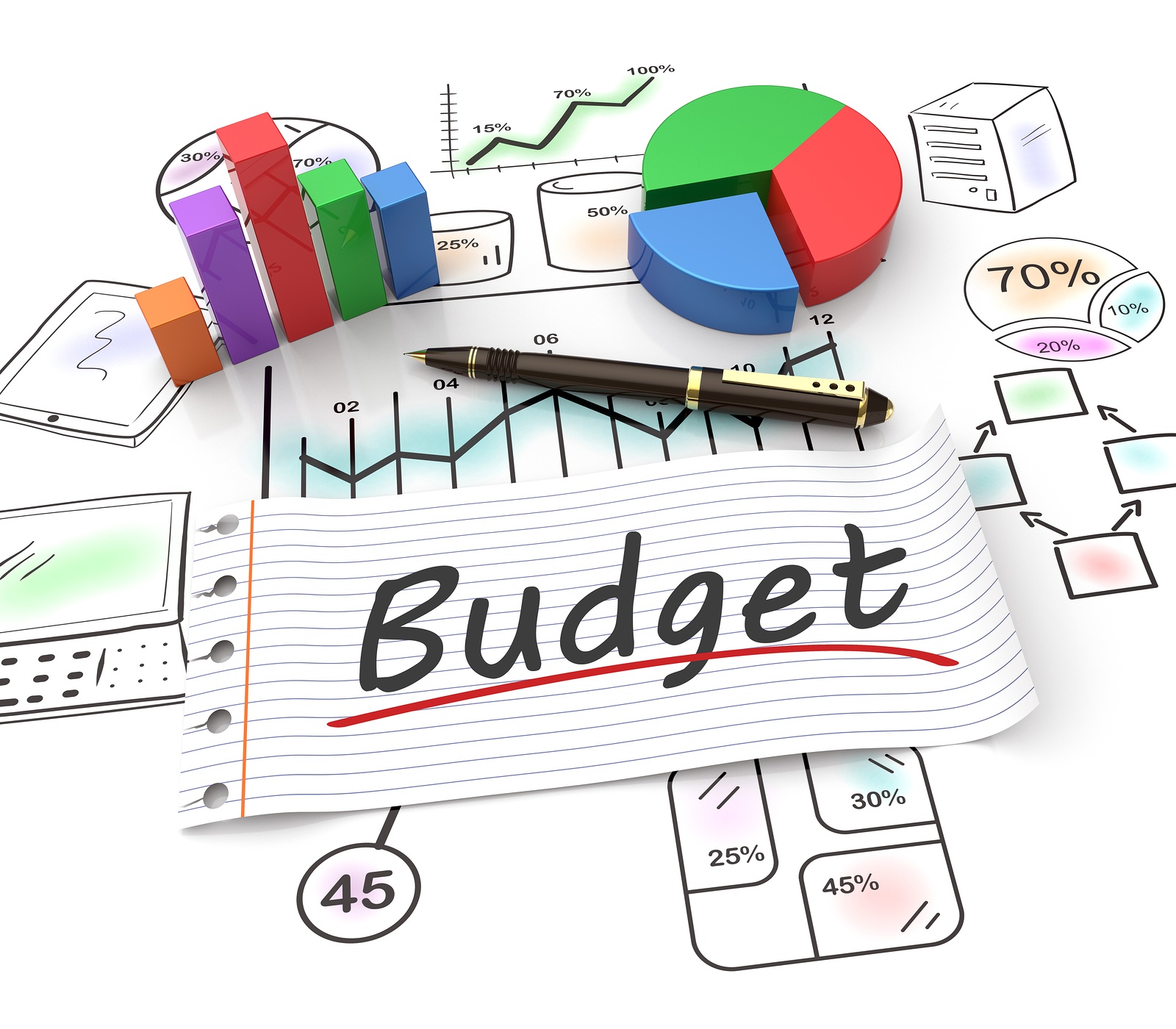 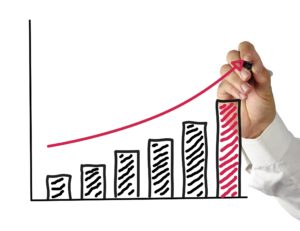 Did you yawn when you saw the title of this blog?
I mean, who cares about forecasts and budgets for major gifts? Certainly a MGO doesn’t have any interest in this topic, right? But you should, because it creates one basis for your job evaluation.
If a major gift budget and forecast is wrong and you are hired to deliver within that faulty context, you run a very real risk of getting fired for not delivering. So, I suggest that it is a wise thing to get familiar with this topic, and pass it on to your manager and CFO.
There are three steps to creating the proper forecast and budget for major gifts:

First, for each MGO create a mini forecast. There are two types of MGO forecasts, one for the new MGO and one for the existing MGO. Let’s start with the new MGO. It is important to remember that the first eight months of a new MGO’s performance is spent mostly on qualifying donors. Take a look at this chart to get the full impact of what I am saying here.

You start with a pool of donors BEFORE the first month of the MGO’s start, and then you see how the qualification process slowly but surely adds donors to a qualified caseload. Note that there is a ratio of about 1 qualified donor added for every 3 donors in the pool. I have put the worst case for qualifying timing in here, and I suggest you use this timing for your first-year budgeting, to set the right expectations for your new MGO.
OK, so here is how this all works: Let’s say your budget year is July to June. You hire your new MGO in June, and you have a caseload pool already identified for the new MGO to start working on in July, the first month of your fiscal and budgeting year. Because of the ramp-up shown above, you know that the new MGO will not be fully functional until the 8th month of your fiscal year. This also means you must produce a forecast that reflects that reality. 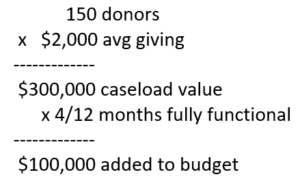 Here’s how to do it. For the new MGO, take the average annual cumulative giving for all the donors in the caseload pool, multiply it by 150 donors (this is the qualified donor goal) and then adjust the resulting number for how long the MGO will be qualifying donors in your budget year. Let’s assume that the average cumulative giving for the caseload pool is $2,000. Multiply that times 150 qualified donors. That equals $300,000 for a fully functional MGO for one year. Then take that $300,000, divide it by 12 months and multiply the resulting number by the 4 months the MGO will be fully functional. That number is $100,000. Put that number in your forecast and set the proper expectation for leadership and finance. The point here is that you cannot submit a forecast for a new MGO as if they were a fully functional MGO. There is a huge difference. That is why you have to do a forecast for each MGO on your team and take their life cycle into account when you do it.
Now it is true that, as the new MGO is qualifying donors in those first eight months, those donors will produce revenue that has not been counted in the forecast I recommended above. That is your safety net or contingency fund. I would rather set a very low expectation for the MGO’s first year and surpass it, rather than fail. I think you would as well.
For a fully functional MGO, the forecast is different. Here are the steps to take in that situation: Sit with the MGO and go through each donor one by one and attach a reasonable yet aspirational goal to each one. Total all the goals, and the resulting number is your forecast for that MGO. (Read more about setting individual goals for donors here.)
Second, create your major gift revenue forecast. This is done by summing up the individual goals from all the MGOs, new and fully functional, as well as MGOs you intend to add in the fiscal year. If you are aware of any large or transformational gifts that may come in, you might add them to your forecast – although I would be careful to make sure your leadership understands that you have a core revenue forecast they should depend on, and the aspirational forecast may or may not happen.
Third, create your major gift expense budget. I know this is pretty basic, but you would be surprised at how many budgets Jeff and I see that do not include all the expenses. So when you create yours, be sure you include compensation (salary plus benefits), search and hiring costs if applicable, administrative assistant costs, operating costs like office, computer, phone, travel, entertainment, auto – any cost related to the MGO doing his/her job. I suggest you sit with your CFO and ask for help on what other costs should be included in your expense budget. That way the CFO is part of your process and owns the result – always a good thing!

These are three relatively easy steps to take in creating a major gift forecast and expense budget. The most difficult part of the exercise is the revenue forecast – which you must be very careful about, since setting too high of an expectation will cause major problems for you and the organization.
But good planning, as I have suggested here, will create a realistic and conservative financial basis for your management to operate with. And that’s good for you.
Richard