Moving from Transactional to Transformational 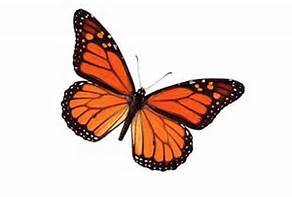 I was recently talking to Susan, a development director for a regional non-profit, and she was lamenting that she had another gala to put together. Even though this gala takes an enormous amount of time and effort from the staff, the executive director and the board want to keep it going because it brings in almost half of their revenue each year.
What’s interesting is that Susan wasn’t upset about all the time and effort it took to pull it off each year. What bothered her was the fact that the revenue generated by the event was really from transactional gifts, not (in her words) “mission-oriented” gifts.
She said, “Jeff, I don’t really have a major gift program. Our staff is so busy with the gala and about 10 small events throughout the year that I really have no time to sit down and talk to donors. While I do meet them at these events, we never get beyond the regular chit-chat. Even though these donors give fairly significant gifts, we’ve never been able to move them beyond giving at the events.”
She concluded by asking, “How do I move this organization from just thinking about getting donations to building relationships with donors who could have a major impact on this organization?”
This is a tough question. Are you grappling with this?
I also had good conversation the other day with Ryan, a major gift officer in a very high-profile organization that helps low-income folks in the USA. Ryan learned major gift fundraising at a university. He told me that his training at this university was all about getting a gift, and not about building a relationship. He said that basically, he was given a list of donors and told to go out and renew their annual gifts. Then each year he was told to increase that gift by 10%.
There was no mention of creating a relationship with the donor. There was no mention of bringing projects and programs to the donor in order to inspire them and challenge them to make a real investment in the university. Ryan told me that it took almost two years at his current organization to learn how to really form relationships with donors, rather than to pick up a check whenever he visits the donor.
He said, “Jeff, it was really hard for me to get out of this mindset of just getting a check so they could renew their giving. But my boss was patient, and she urged me to get to know my donors and to know the programs we have. Now, because I’ve established strong relationships with donors, I’m asking for six- and seven-figure gifts! When I look back at my university experience, I know I could have done the same thing. These $10,000 donors – that the university wrote off as NOT major donors – could have given much more had I spent more time with them.”
Ryan identified the problem that plagues many non-profits. There is so much pressure to “make a number” that instead of developing a real plan for every donor (designed to get to know him and match his passions and interests with the organization’s programs), you are literally forced to go after a transaction with the donor instead. Or, in the case of Susan’s organization, success is how much each of these events can bring in, rather than how she can inspire donors to make a transformational gift.
And Susan is right. She really doesn’t have a major gift program. In her case, she has an event fundraising program through which donors attend functions and make large gifts.
So how do you move an organization from transactional to relationship fundraising? It takes hard work and time. I’ve seen it done.
Four years ago I worked with an organization that was very much like Susan’s non-profit: Lots of events, very few personal relationships with donors. Donors were giving $5,000 and $10,000 annual gifts. The organization decided to reduce the number of events by 75%; they developed strategic plans for every donor; they created revenue goals for every donor. The MGO’s job was to get to know donors and program. The CEO told the board that, for the long-term health of the organization, they would have to move toward real major gift fundraising, but that it would take time… and they had to be patient and let them develop relationships.
Today, that organization’s major gift program is thriving. Revenue has increased dramatically, and donors are no longer doing transactional giving, but rather transformational giving. Really investing in impact!
If transactional giving is happening at your organization, you can do something to change it. It takes leadership and work, but it can be done. The result will be dramatic. This is what major gift fundraising is all about.
Jeff
A version of this post was originally published in February 2016.