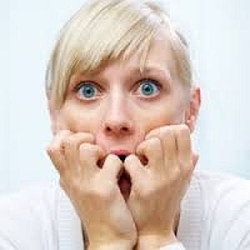 How to Overcome the Fear of Asking

I’ve known MGOs that are really good at moves management; they steward donors well, and they’re all over the details with the database… but they’re just plain stymied when it comes to soliciting a donor for their programs.
In fact, when Richard and I first started talking about what the 7 Keys to a Successful Major Gift Program should be, both of us agreed that one of them is to actually “ask” a donor for gifts.
Many times when we give the “7 Keys” presentation, people in the audience laugh when we come to the part about asking… but it’s no joke. You would not believe how many MGOs are out there in the field right now who have hardly ever asked for a gift. They are out there writing notes and e-mails, sending gifts, but they are not asking.
Why? Because they are afraid. It’s uncomfortable and it’s not easy. If you are a manager who needs to hire an MGO, it would be good for you to ask the candidate about several instances where they sat in front of a donor and they solicited a gift. At least 3 or 4 instances. Why? Because too many MGOs are fleeing one non-profit to another before they have to actually solicit a donor for a gift… and they keep getting hired!
Richard and I are blown away by how many “veteran MGOs” there are who have been with multiple organizations and have hardly ever solicited a donor for an actual gift. It’s outrageous.
So we want to help you overcome this fear of asking, if you are struggling with this. Here are some things to consider around the whole idea of “asking:”

If you can follow these five steps, fear can be wiped away. I know because I’ve seen it happen over and over. Once you have that incredible experience where a donor says “YES!” you’ll want to be out there soliciting again and again.
You don’t want to be one of those MGOs who have never asked a donor for a gift. You want to be that “broker of love,” bringing people and needs together. That’s why being an MGO is one the greatest jobs in the world.
Jeff