Ramp Up Your Use of Donor Feedback 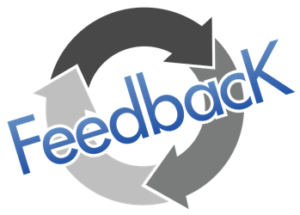 Last summer the Orange County Rescue Mission had kids in their program decorate aprons for the MGOs, to present to their top donors as a way of showing that their giving was making a difference.
The idea was to meet with the donor in person, present the apron, and tell the donor specifically how their giving was making a difference. One donor, a couple who had given $10,000 in one year and $20,000 the next year, was impossible to connect with.
Multiple times, the MGO tried to connect personally. It didn’t work. So she mailed the apron and that was it.
Three days later a check for $30,000 showed up from the couple. And this happened without an ask. The apron and the accompanying “you made a difference” narrative is what made it happen.
Did an apron really make that happen?
No.
It was the feedback that was embedded in the apron. The kids who had been helped by this donor had passed on their thanks to the donor via the decorated apron. And the donor immediately knew that the good they intended through their giving had actually happened.
This is the magic of feedback – if it’s done right. It blesses the donor. It fills their spirits and their hearts. It shows them they were right in giving. It confirms their decision. It makes them feel and think good. And it persuades them to do it all over again. (Tweet it!)
It’s the lack of feedback that causes donors to give less and even go away. You know this is true in your own life. You’ve had a relationship, business or personal, just like I have, where there was very little or no feedback.
It was deathly silent. It was quiet. And you wondered if what you had done had been noticed or appreciated. You feared it hadn’t. And that was a terrible feeling. You wondered if it would be OK to ask for the feedback. But that might be too aggressive. Plus, what if they told you the truth – that what you had done was no good at all? That would not be good. It would be hurtful.
So you sat there in silence with no feedback.
Do you remember that time? I think you do.
So, you know what it’s like.
And since you do, you know how important it is.
Jeff and I are asking you to ramp up the feedback to your caseload donors. Because when you do, you make so much good happen. And that not only lifts up your good donor but assures their involvement with you for years to come.
Richard