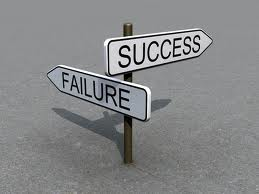 The reasons for MGO failure, other than the person not having skills to do the job, are pretty basic.

Now that’s a rather daunting list.  And I suppose it could be longer with all kinds of nasty words that could drag you into depression when you read it.
What I find interesting about this list is that a person can simply DECIDE to not let any one one of these points become a reason for his failure.  He can literally flick a switch in his mind and make a decision to head in another direction if he wants.
Think about this:  every morning when you get out of bed you are most likely aware of how you feel and what you are thinking.  If not, just stop and let yourself think and feel for a time.
For instance, this morning I woke up angry about the internet service repair people putting me off for the fifth day in a row while our home sits in online darkness.  I sat on the edge of my bed stewing.  My head even hurt – that’s how much I had worked myself up.
Then, following the advice I am about to give you in this post, I said to myself, “Richard, get hold of yourself!  Are you really going to start your day this way and be all tight, angry and frustrated?  You can’t control the situation, so let it go.  And instead, look at all the wonderful things that are going to happen today!”  I flicked the switch.
Now I am drinking my coffee, talking to you and feeling better.
Take a look at that list for a second.  Pick out the two or three things that may apply to you.  If there is one missing, add it to your list.  Now, go through this exercise.  Re-frame the negative attitude you are holding to something positive and constructive.  Taking the list I made earlier, here is how I suggest you handle each of those points:

Thomas Edison said:  “I failed my way to success”.  I love this statement and the thought behind it.  It tells us an essential truth.  Failure is the path toward success.  Embrace this reality.  AND, look carefully at the attitudes you have that are governing your behavior and causing failure in your job.  Identify each one, then flick the switch and go in another direction.
Richard