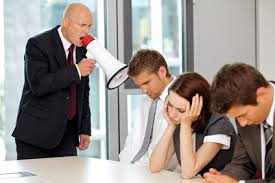 Veritus exists because it’s hard to manage major gift programs and major gift officers – so we help.
My business partner Richard Perry has great management and business acumen. He’s led a number of successful businesses because he’s also a skilled manager. Many years ago, he took those business skills – along with the discipline learned from direct-response fundraising – and applied them to major gifts.
The results were astounding!
Over the years, Richard and I and our Veritus colleagues have worked with hundreds of major gift officers, their managers and executive directors. In that time, we have learned more than a few things about how to manage and lead major gift officers to greatness.
Today, I am starting a two-part series focusing on what we have learned. I want to share with you the good, the bad and the ugly, and give you tips on both what works and what to avoid. Since I personally like finishing on a positive note, this first part is things to avoid as major gift manager.

When we start working with MGOs in an organization, we hear a lot of terrible stories about how they have been managed over the years. Many times, MGOs succeed in spite of the lack of good management they receive. Here are some of the FAILS we have seen that we hope you can avoid or change in your own shop.

These are the FAILS in management we have witnessed over the years that have a damaging affect on the success of major gift officers and major gift programs. As a leader or manager, if you can avoid these, you have a chance to see your major gift officer thrive. Next time, I will focus on all the great successes we’ve seen from managers and how they support their teams.
Jeff