Are You Truly Thankful for Your Donors? 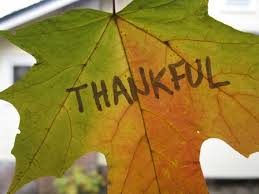 Miss Josephine Conrad loved animals.  This love came from living with parents who were conservationists, even at the turn of the 20th Century.  Her father was an industry magnate and had made a great fortune.  Josephine was their only child and grew up an independent woman in a man’s world.  She shirked tradition, never married and never had children.  She went to an Ivy League College and studied botany and wildlife.
After college she worked for several conservation organizations and always had a slew of animals living with her – dogs, cats, rabbits, even chickens roaming her backyard.
After her parents died, she inherited their fortune, but she was never a lavish person, so know one really knew of her enormous wealth.  All that was known of her was that she was kind and loved animals and nature.
One day, Josephine received a letter in the mail from an animal rescue shelter.  Because it was a local shelter and she herself rescued animals, she gave a $25 gift and mailed it in.  Within a week, she received a very nice thank-you letter.
This continued to happen again and again.  Over a period of 10 years, her gifts became larger and larger.  Then, something happened.  She gave her first gift of $1,000 to the shelter and she never heard from them again.  Well, she got the standard thank-you letter she always received, but that was it.  Nothing.
Several years ago, Josephine died.  In her will, Josephine, having had no family, left her $50 million dollar fortune to care for her 4 cats, 2 dogs and 3 rabbits.
—  —  —  —  —  —  —  —  —  —  —  —  —  —  —  —  —  —  —  —  —
Mr. Roy Beasley was a retired investment banker.  He had enormous wealth, yet he wasn’t much of a philanthropist.  He really hadn’t made any gifts larger than $10,000 to any organization.  It wasn’t important to him.
One day Mr. Beasley had a heart attack.  After they got him into the hospital, the doctors said he would need quadruple bypass surgery immediately or he would die.  The physician working on him was one of the best in the nation, having invented a new procedure that wasn’t as invasive, yet extremely effective.
The surgery was a great success and, within a short period of time, Roy was out of the hospital and had made a full recovery.  This experience changed Roy’s life.  He realized how precious life was.  He was so thankful to the doctor and the hospital for saving his life that he gave them a check for $100,000 in gratitude.
The hospital’s foundation sent him a nice thank you letter with a handwritten note on it from the Vice President of Advancement.  Roy thought that was fine, but he was also hoping to hear from the doctor who saved his life.
Mr. Beasley, along with his wife, was invited to attend the annual gala for the hospital.  Again, because he felt such an affinity toward the hospital, he agreed to buy a $100,000 table and invited ten of his friends to be his guests.
His surgeon was even one of the speakers, but Roy never had the chance to meet him that night.  A nice young lady from development did come by his table and asked him if he was having a good time, but nothing really meaningful happened.
Over the course of the year, Mr. Beasley heard nothing else from the hospital.  He went in for check-ups, but another physician always handled them.  After that, all he received from the hospital were annual reports and invitations to events.
Tragically, that year, one of his grandchildren needed emergency surgery.  It was the local Children’s Hospital that thankfully was able to save his grandchild’s life.  Out of gratitude, Roy gave the hospital a $10,000 gift.  The next day, the CEO of the hospital called Roy, thanked him profusely for his gift and invited him to tour the hospital.  That relationship grew… and grew.

My question to you is, are you really THANKFUL for all of your donors? Do they know how much they are loved and appreciated?  Do your donors feel cared for?  During this great time of giving thanks, let’s consider the lessons from these fictional characters as reminders to ask ourselves these questions.
Jeff
P.S. Richard and I would like to take this time to thank all of you, our Passionate Giving readers, for all the great words of encouragement.  We have a wonderful community of development professionals all over the world who are making our planet a better place to live.  We are truly thankful for you.