What MGOs Should Report: #5 of Measuring MGO Performance 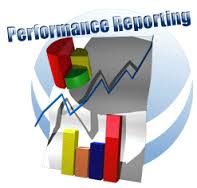 One of the most frustrating things for managers and MGOs alike is when there is a misfire on performance reporting. The MGO is asked to report on one set of factors, finance is expecting information on another set, and the two ships pass in the night.
This is a lethal situation because the only person who will lose here will be the MGO. Jeff and I have heard some pretty serious allegations on the part of people outside of the MGO program – allegations that go something like this: “well, they said they were going to do X and all we hear is what they are doing in Y. I am not sure we are getting the real story.” And this one statement frames the problem and calls for a basic solution which, simply stated, is this:

How a MGO’s performance will be measured
needs to be carefully crafted and set
before the evaluation period begins.
It must then be widely published
so that everyone has the same expectations
and is aligned on what is being measured.

So whatever you believe is important in MGO performance evaluation, the one thing you need to do is (a) settle what is being measured, (b) have the MGO’s agreement on it, and (c) be sure finance and others, anyone else who has a stake in the program, understand it and are aligned with it.
What Jeff and I have said so far in this series is that before you start to measure anything, you need to have 4 things in place for each MGO:

Once you have these four things in place, then you can set about reporting on performance.
Here are the key areas we believe should be reported on, at a frequency of reporting that everyone can agree with, although monthly seems to be the right pace:

Jeff and I realize that many folks want to have solid numbers and percentages that measure every aspect of caseload management. What has been frustrating to many of our colleagues is that even when they have all of those metrics and measurements in place, the caseload doesn’t grow and the MGO seems not to be as effective as they would wish.
This very point is why caseload management and measurement of performance has to be more hands-on, and the traditional numbers can’t possibly tell the whole story – a story that can only be uncovered by sitting with the MGO and going through the caseload donor by donor, making sure that (a) a meaningful connection is being made in each case, and (b) the connections are progressing toward the fulfillment of the donors’ passions and interests, which will result in an ask and a gift.
This is precisely what the MGO is trying to do with each and every donor. He is sitting with that donor, uncovering what that donor wants in the relationship, and then setting about to make those wants a reality as they align to the needs of the organization. This is careful and purposeful activity that is measured, strategic, timely and progressive.
True caseload management is doing what we would ideally and strategically be doing with one donor, but doing it with 149 other donors and then making sure all of the activity is purposeful and effective. This is what we should be measuring and reporting on.
Richard
Read the full series: