When Elephants Fight, the Grass Gets Trampled 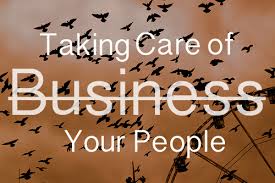 “When two elephants fight, it is the grass that gets trampled.” This African proverb reminds me that managers need to be aware of how their actions affect those they manage.
Too many non-profit managers do not care for their MGOs as they should, creating the high turnover rate for this position in our sector. In fact, the major reason for MGO attrition is bad management. This is something we need to change.
‪You see, when there’s a problem between two people, or a problem in general, it doesn’t only affect the people whose problem it is; everyone around them suffers from seeing them argue or get in a bad situation. The grass gets trampled.
For instance, when a MGO manager is arguing or debating major gift program issues with his or her boss and that debate filters out to the MGOs on the team, it colors their environment and affects their attitudes. For many MGOs, this kind of thing is the beginning of their journey out of the organization.
I remember one time the CEO came into a meeting where the manager and our associate were meeting with the MGOs. He came in, took over the meeting and demanded higher performance. He criticized some the strategies used, complained about one strategy that was executed wrongly, and basically ravaged and abused every MGO in the room. It was terrible.
There was another situation (this one is really common) where finance, in front of the MGOs, was aggressively questioning the crediting policies currently in force and “why would a MGO get credit for this or that?” Now, I have no doubt that in most of these situations the motives of the finance person are pure – they don’t want any double-counting of the money, and they want to be assured that the expense of the MGO program is causing real value.
Fair enough. But do they have to have the conversation in front of the MGO? No, they don’t. And this kind of practice is what tears the spirit right out of most any MGO and starts them thinking about moving to a less hostile environment.
When the proverb says, “it is the grass that gets trampled,” it is also saying that the ones fighting and debating will likely get over it and recover faster than those around them. The other ones affected will need time to heal, maybe even more time than it took the ones debating to recover.
You, as a manager and leader, need not only to protect MGOs when these “management conversations and debates” happen, but you also need to help the MGOs and their support teams recover from these events. I would assume that when these events occur and you have managed to keep them private, as I have suggested above, the content will eventually seep out of management and find its way into the heads and hearts of your major gift team.
Just assume this will happen, and take steps to assure them about the issues being processed. These issues usually fall into three big categories:

As a manager of the major gift program, you have two important management jobs. The first is to secure net revenue to fund the programs of your organization. The second is to steward, guard and care for the MGOs and the support staff in your care.
Both of these are equal in importance. Don’t forget that. You could reach your financial goals and lose your major gift team. And then your future as a manager and effective leader will be in question. That is not a good place to be, believe me.
Choose now to audit how you are managing your MGOs, and be sure you’re not letting the grass get trampled.
Richard