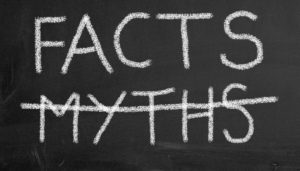 The fog and loose thinking continue about major gifts.
This is the last in my three-part series on myths surrounding major gifts. (Click for Part 1 and Part 2.) Today I focus on what Jeff and I hear many managers saying.

There you have it. Management myths surrounding major gifts. Be on the lookout for them. And don’t let them affect you. That goes for all the myths I have talked about in this series. Keep focused on the donors, not the dollars, and steward those relationships.
Your caseload donors are very special and precious people who, like you, want to use their resources and time to do good on the planet. Keep that in mind, because that is what your work is about.
Richard
Read the whole series:
1. Donors & Donor Strategy
2. MGO Activity
3. Managing a Major Gift Program