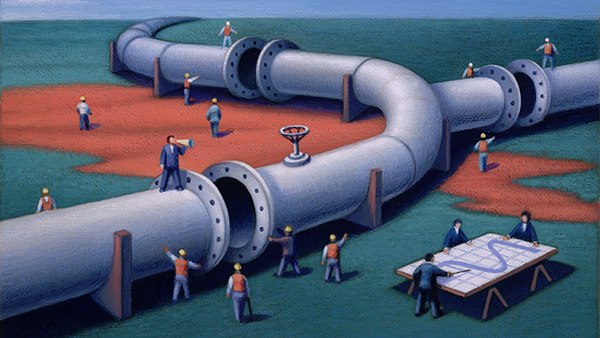 Part One of a Three-Part Series: 3 Reasons a Mid-Level Program is Critical

While the majority of our time and attention in this blog is about major gifts, we also write about the importance of the entire major gift pipeline. Today, I’m starting a three-part series on an essential part of that pipeline, focusing on mid-level donors.
Richard and I believe that creating or further developing a strong mid-level donor program is critical for the long-term success of your major gift program. In this series I’ll highlight three areas why this is true:

When we take a look at a non-profit’s data and we look at the percentage of donors that are moving up in their giving, we almost always run up against a clog at the mid-level donor level. For smaller organizations, this clog is usually in the $250-$999 cumulative level of giving. For larger organizations, it’s in the $1,000-$9,999 cume level of giving.
What happens is that once donors are acquired by the organization, they move through the donor pipeline at a healthy rate… until they hit the mid-level giving range. A clog forms. Once a donor reaches this mid-level stage, they stay there. Very few are moving up into the major gift range.
The other problem is there are very high rates of donor and donor value attrition going on in mid-level. So while the mid-level bucket continues to fill up, it’s also leaking out just as fast, meaning mid-level revenue year over year doesn’t grow. It remains pretty flat.
We see this problem in almost every non-profit that doesn’t have a mid-level donor program.
So just to reiterate, the data reveals a good flow of donors moving into mid-level, very few moving up to major gifts, and a high level of donor and donor value attrition – causing very little overall growth year over year for mid-level revenue.
The solution to this mid-level problem is to develop a true mid-level program that is overlaid on top of your current direct-response fundraising program. Over the years what we’ve found is most effective is to create a new position called a Mid-Level Officer (or MLO) who cultivates a caseload of 500-750 mid-level donors.
The MLO’s job is very similar to a major gift officer, except that all of the cultivation and stewardship of the donor happens via telephone, email, and personal touches and notes. Read this to see how it’s set up.
Over time, this is what we find when a non-profit creates this type of program:

The high-level result is that mid-level revenue goes up year over year, the clog that was preventing donors from moving into major gifts lessens, and more donors move further through that major gift pipeline.
Why?
Because now you’re actually talking to donors, getting to know their passions and interests, personalizing more of their interactions with the organization and matching those interests and passions with higher-level offers that challenge the donor to do more.
A great mid-level donor program is all about making it easy for the donor to move through the donor pipeline into major and planned gifts… and grow revenue! (Tweet it!)
What’s preventing you from starting a mid-level program today?
Jeff
PS — If you’re looking for some training on how to put a mid-level program together, click here to find out about our upcoming course. Check it out!
Read the whole series: 3 Reasons a Mid-Level Program is Critical: