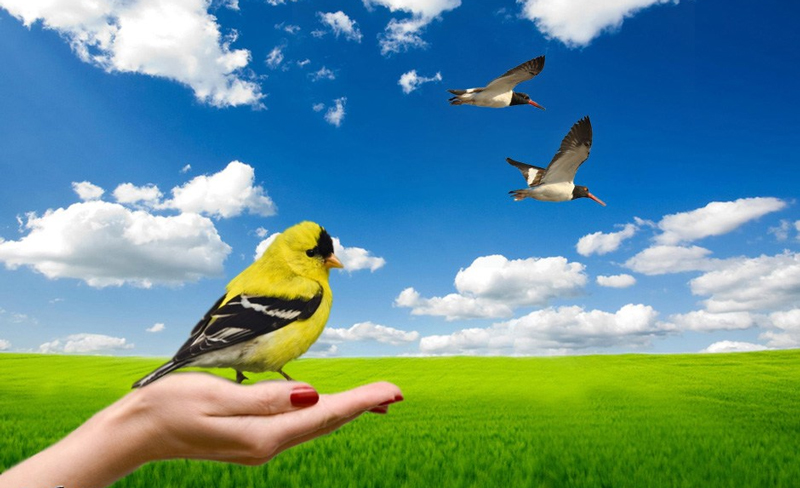 It is an amazing thing to watch – truly amazing. Some authority figure casually decides to hire a MGO to chase what Jeff and I would call “ghosts and rabbits.” It’s wishful thinking at its best – and stupidity at its worst. I know that’s strong language, but I just cannot understand why a relatively intelligent adult, who claims to be a fundraising professional, would even think this way.
Let me explain.
I’m going to tell you about a non-profit that has a direct marketing program in place to acquire new donors – hundreds, sometimes thousands, of new donors who have an affinity for the cause. The heavy lifting has already been done. There is no shortage of newly identified donors currently IN the house.
Over time, some of these donors have expressed greater interest and support for the organization by giving more. Now they are giving larger one-time gifts. Some are giving regular monthly gifts that add up to a large annual sum.
So the nonprofit has:

And then we come to the VP for Advancement. He has been tasked to raise more money, and he comes up with a brilliant idea, as follows:

This is classic “grass is greener” thinking in major gifts – and a recipe for disaster; not only for the MGO, but also for the organization and the authority figure. There is no way this will succeed. And it is a horrible misuse of money and good MGO talent.
Jeff and I find some version of this situation in way too many places. A Director of Development looks right past the good donors who are already in the house, and he spends good money and time looking for good donors in faraway places. Many times, it is not just the DOD or authority figure who has lost his way on this point; it is the MGO as well. It is the MGO who has a qualified group of caseload donors right in her hands but who is obsessed with “all the new potential donors out there” who need to be found and drawn into the cause.
I just cannot understand why this happens. Maybe you have an answer. If so, please let me know.
Here’s how you can apply this today. Are you talking to the right donors? Stop for a minute and look at who you are dealing with. Are they the donors who have proven, by the frequency and amount of their giving, they are with you? If so, carry on. If not, please stop and reorder your focus.
There is nothing worse in major gifts than wasting time and money trying to prospect for major givers OUTSIDE the pool of the donors you currently have. It is wishful thinking and acting.
There is nothing better than building relationships with the people who have “voted with their wallets and pocketbooks” – they are the ones who have stepped up and said “I am with you!” They are the good people who not only merit your attention and care, but who have also made a REAL commitment to your cause. Take care of them.
Richard